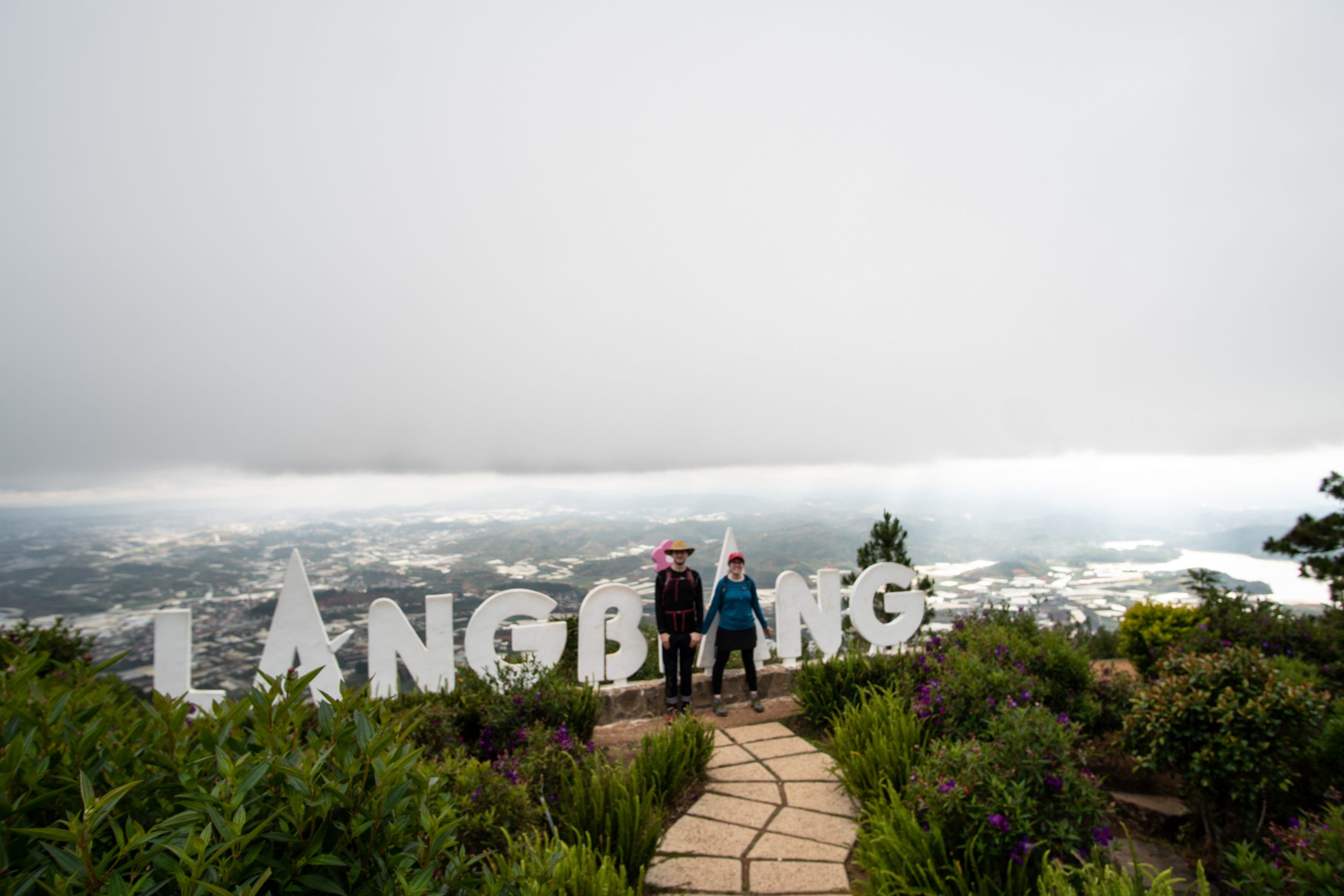 Why Hike in Da Lat

Da Lat is a town located high in the mountains of Vietnam. Thanks to the temperate climate, this area is largely known for its plant cultivation, and as such, has been dubbed the city of flowers. While it used to mainly be a retreat for the wealthy escaping the summer heat, nowadays it’s popular with honeymooners and nature lovers.

Being nature enthusiasts ourselves, we decided this sounded like a perfect place to celebrate our Christmas holiday and see what all the hype was about. I’m happy to say the reports are not wrong! The town was exploding with color from all the flowers. Considering we were visiting in the winter, I can only imagine what this place is like in warmer months.

During our visit temperatures were in the mid-70’s, interrupted by infrequent bursts of rain. This seemed perfect for a nature hike, and so after scouring the internet, we decided to head to Lang Biang mountain. According to Tripadvisor there was a well-worn trail up the mountain, great views of the surrounding valley, and a free cover charge to boot. The only thing we had to do was get ourselves there and back. That’s where our challenges began.

Research suggested we could take a local #5 green bus to the trailhead, as it was on the far side of town. Where to catch that bus though was TBD. People claimed you could head to the bus station on the outskirts of the city center (which our hotel happened to be near), so we decided to try our luck there first. Strike one. Turns out it’s just a hub for the Futa bus line, which does long haul transit across south Vietnam. Thankfully they directed us to the center of town, which is the other destination people said the #5 bus ran from.

Walking 30 minutes into town, we finally located the “bus station” the Futa attendant kindly marked on our map. Calling it a station though is being generous, as it’s really just a curbside pull out that all the buses seem to queue at. We were happy to have found the correct spot though and after asking around, confirmed the bus we needed did indeed stop there.

Strike two came as we learned we had arrived right before noon, the typical lunch and siesta hour in Vietnam. Being told the next bus wouldn’t arrive until 1:00 pm, that left us in a bit of a conundrum. We had estimated needing about 4 hours for the trip (an hour bus ride there plus 3 hour round trip hike), meaning we’d be heading home around 5:00 pm. As that was supposedly also when the local bus stopped running, we realized we could no longer take the bus both ways and had to decide between waiting for it now (with the plan to taxi back afterwards), or pay for a taxi ride there and instead bus it back home. Knowing it’d be safer to not get stuck on the mountain in the dark, we chose the latter option and summoned a Grab Taxi to pick us up.

Within a half hour we were finally on the trail and enjoying the beauty around us. Climbing the hillside one gets views of the surrounding hills and greenhouses which are growing all forms of flowers. We saw roses, artichokes (a specialty of the region) and many wildflowers. There were also a few horses penned alongside the trail as it meanders past local farms.

After a while we reached the pine trees, providing a nice reprieve from the sun and heat. It’s a peaceful walk, with bird song calling you upwards. Every so often you’re rewarded with a break in the foliage, providing a sneak preview of the epic views that are to come.

At roughly 4.3 km the hiking trail ends, meeting up with a paved road which is used to by tour groups to transport visitors that don’t want to make the hike themselves. I don’t know if it’s because we got a late start to the day, went on Christmas, or the fact that most tourists seem take the Jeep tour, but we were happy to have the trail to ourselves the entire time. Only as we reached the end did we encounter a few other hikers heading in the opposite direction.

Shortly after reaching the road, hikers have the choice of going to the radio tower lookout (the tourist destination), or to the actual peak of Lang Biang (which supposedly requires more rough trail work but provides solitude). Our original plan was to head to the actual peak as we generally prefer our solitude when hiking, but the late start and an approaching thunderstorm changed our minds.

As we expected, the radio tower is very touristy, with many paid photo ops and some stores selling refreshments and trinkets. If you can get past that though, the views are amazing. We witnessed the sun breaking through the afternoon clouds, illuminating the rolling hills and river below us. Standing at the edge of a cliff, I couldn’t help but be in awe at the beauty. If the town of Da Lat wasn’t enough, this alone made it obvious why more people are flocking to the region each year.

Our journey down the mountain was a bit more eventful as the approaching storm finally hit. Having spent a month in the country we knew storms were often quick affairs, so you think we’d have learned our lesson and just hunkered down somewhere. Guess again. We made the not-so-bright decision to tough it out, and so after donning our ponchos we started following the paved road home. We must have been a sight as other tourists eagerly snapped photos of us getting poured on while zipping by in their covered Jeeps.

By the time we reached the base of the mountain it was almost 5:00 pm, and although the rain was thankfully warm, our feet were soaked through. It seems that was strike three of the day and any luck we had was running dry, since a quick check of the parking lot showed no obvious sign of where the local bus stopped. Realizing we were in an isolated part of town, and not knowing when or if the final bus for the day would come, we made a snap decision to hire the only taxi in the parking lot to drive us home. I wasn’t pleased with the situation, having really wanted to save money by using the local bus, but not getting stuck in the mountains was more important. Plus, in the grand scheme of things, it wasn’t that big of a hit on our budget.

Do you enjoy hiking? Save this trip for later! 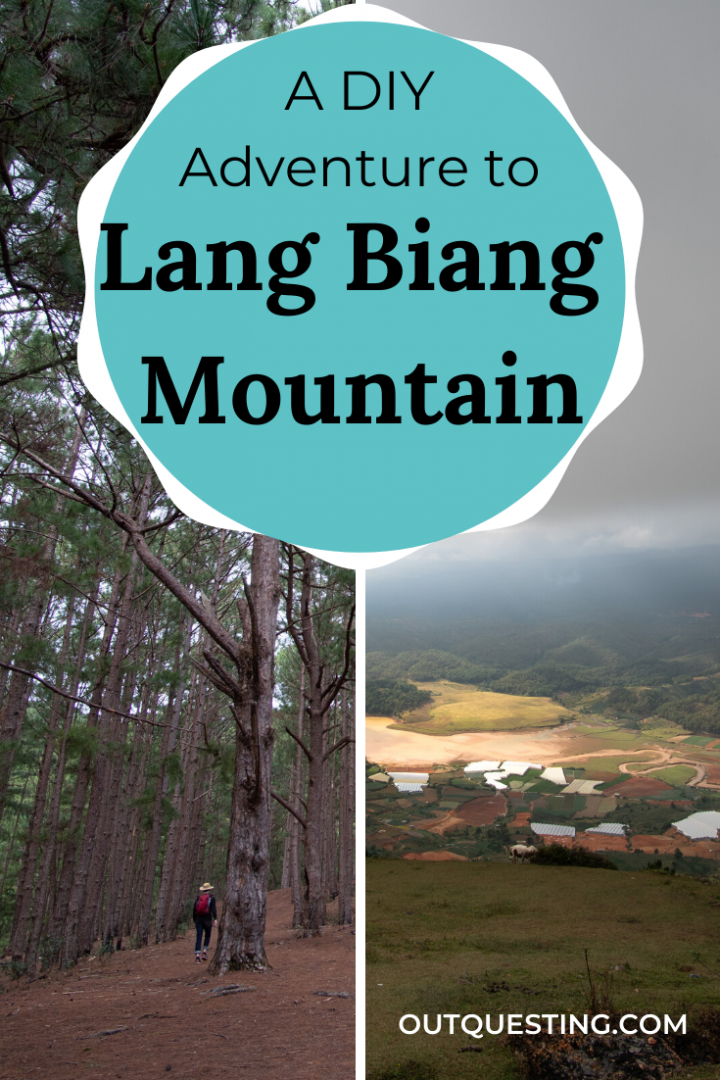 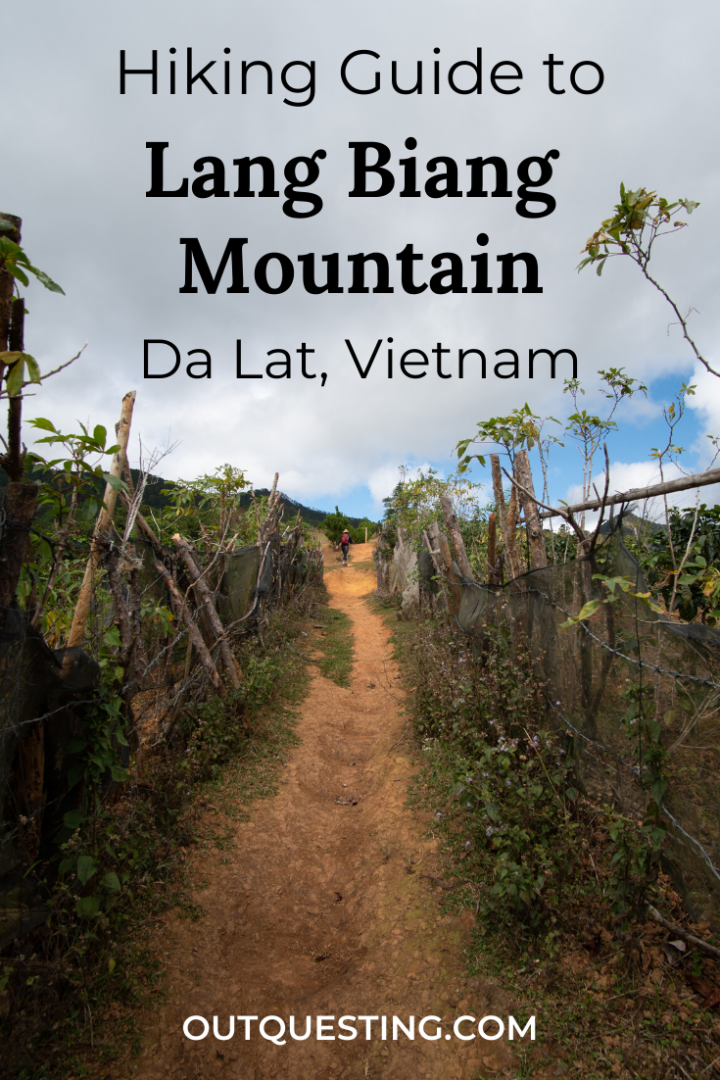 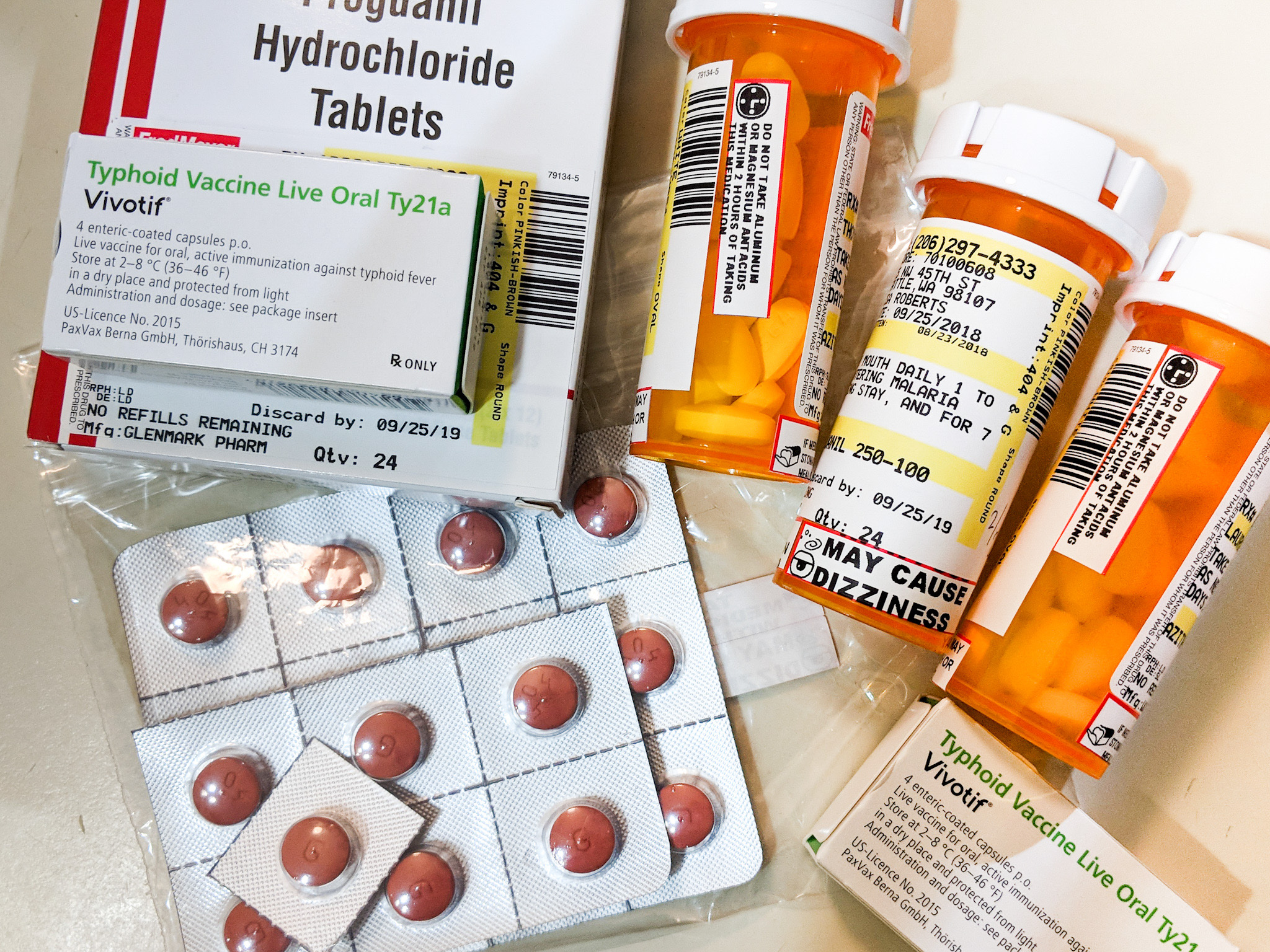 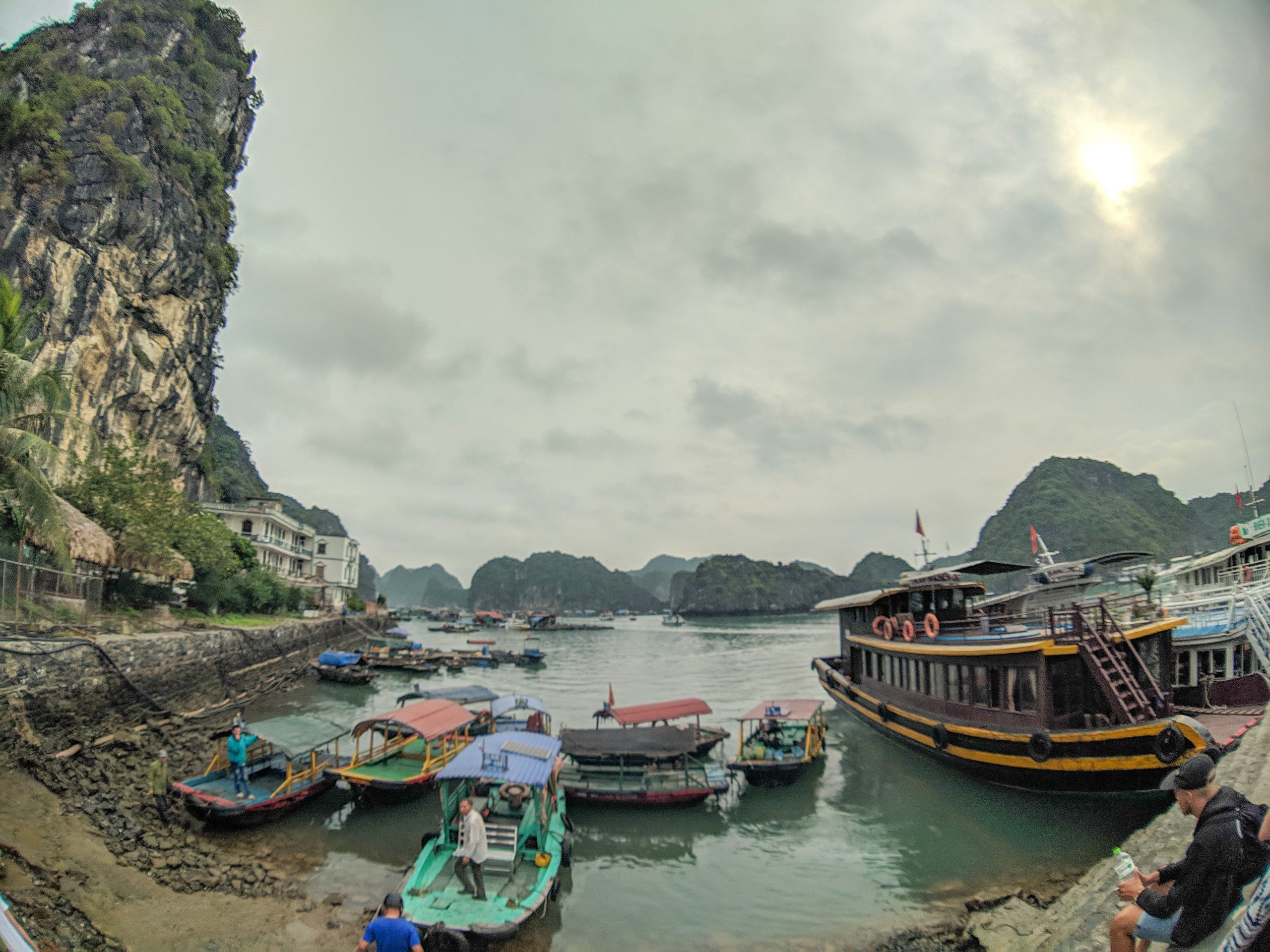 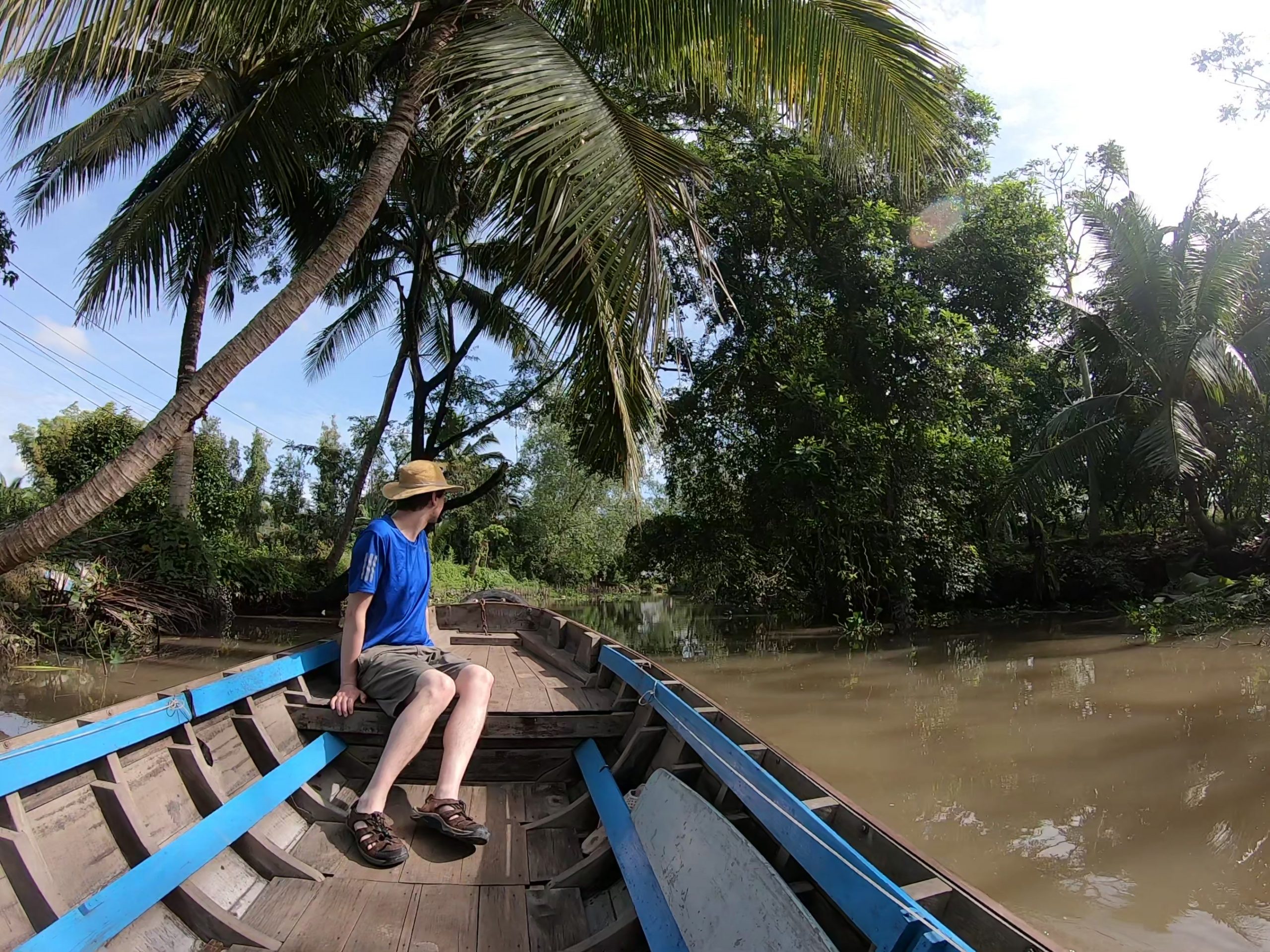